This is one of the items that when dealing with a thin doorway, separates the men from the boys; or the real professional removalists from the inexperienced so called “removalists”. If you are reading this blog and fit into that “so called”  category, please don’t take offence to my words, we all have to start somewhere.

The first step is to get a strap or a rope to tie the bed frame up inside the couch so it can’t fall out when you tilt the couch forward, be cautious to tie it up securely and absolutely make sure your strap or rope doesn’t cut into or crease the couch material too much (especially a leather couch)….. a rag or piece of thin cardboard can help with this. 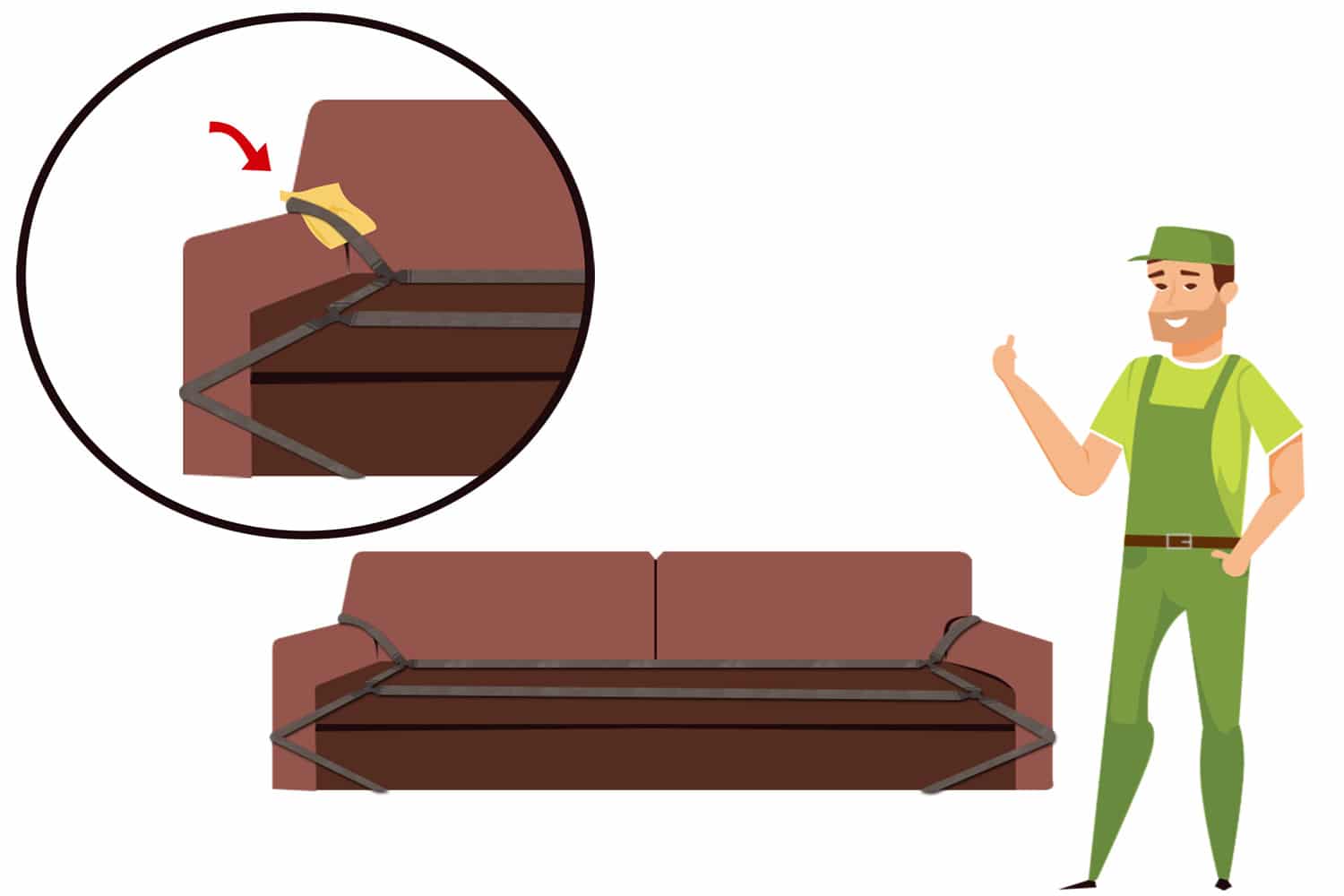 Before lifting throw a furniture pad in the doorway even on both sides. Then using your knees and back equally like removalists do, carry the couch to the door and try to carefully guide the first side of the couch through the door way. The best and easiest way to do this is tilt the couch on a 45 degree angle so the bottom front edge of the couch is facing the floor, this is where the bed would spring out if it weren’t tied up. Then dip the opposite end of the couch to the door towards the ground and pivot in the direction of the couch arms about a meter, this should allow the arm of the couch to hook around  the door jamb (if it doesn’t I will show you how in tomorrow’s post as its another advanced furniture removalist manoeuvre altogether and too much to explain in this post). Depending on how robust the arms are you may have to pivot even further or even lift the door jamb end of the couch  up to get enough hook. 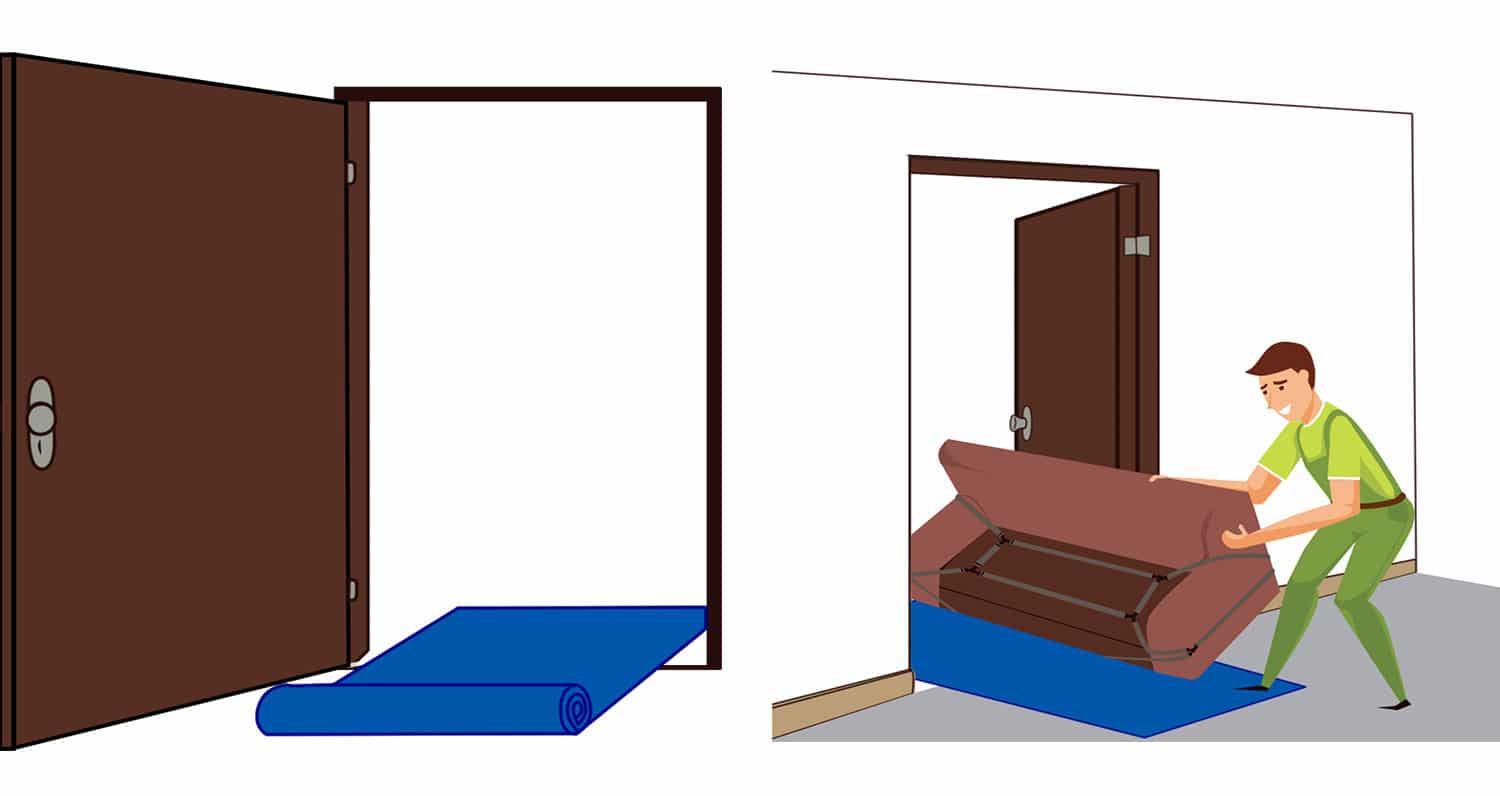 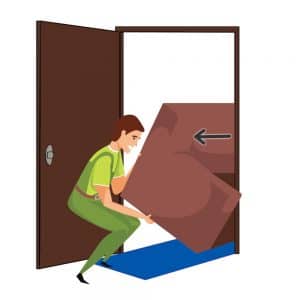 If the arm hooks through then SUCCESS….well done…… you can then lift the couch horizontal again to continue through the doorway with the couch still tilted but you can still be forced to go backwards and resort to the other manoeuvre, so don’t get too excited yet (especially if it is a 3 seater couch).

Once the other arm reaches the door jamb do the same, dip the opposite end of the couch to the floor and pivot to hook the arm through. If it does you are through and you can carry the couch out to the truck or trailer.

If you have a wall stopping you from pivoting you have to lift the door jamb side of the couch and angle it through, you may run out of height and hit the top of the door jamb before you get enough hook out of the arm. If so read tomorrow………it can be a doozey.

One thing that adds to the list of why moving is dreadful is washing machines. Yes, sometimes people don’t want…

[ READ MORE ]
A Guide To Unpacking Like A Pro

Congratulations on making it to your new home. Now, what next after the move? Well, you all know that unpacking…

Do you need a reason to get up and clean your home? Simple- picture neglected toilets, dog fur on seats,…

In this FREE report you'll learn: